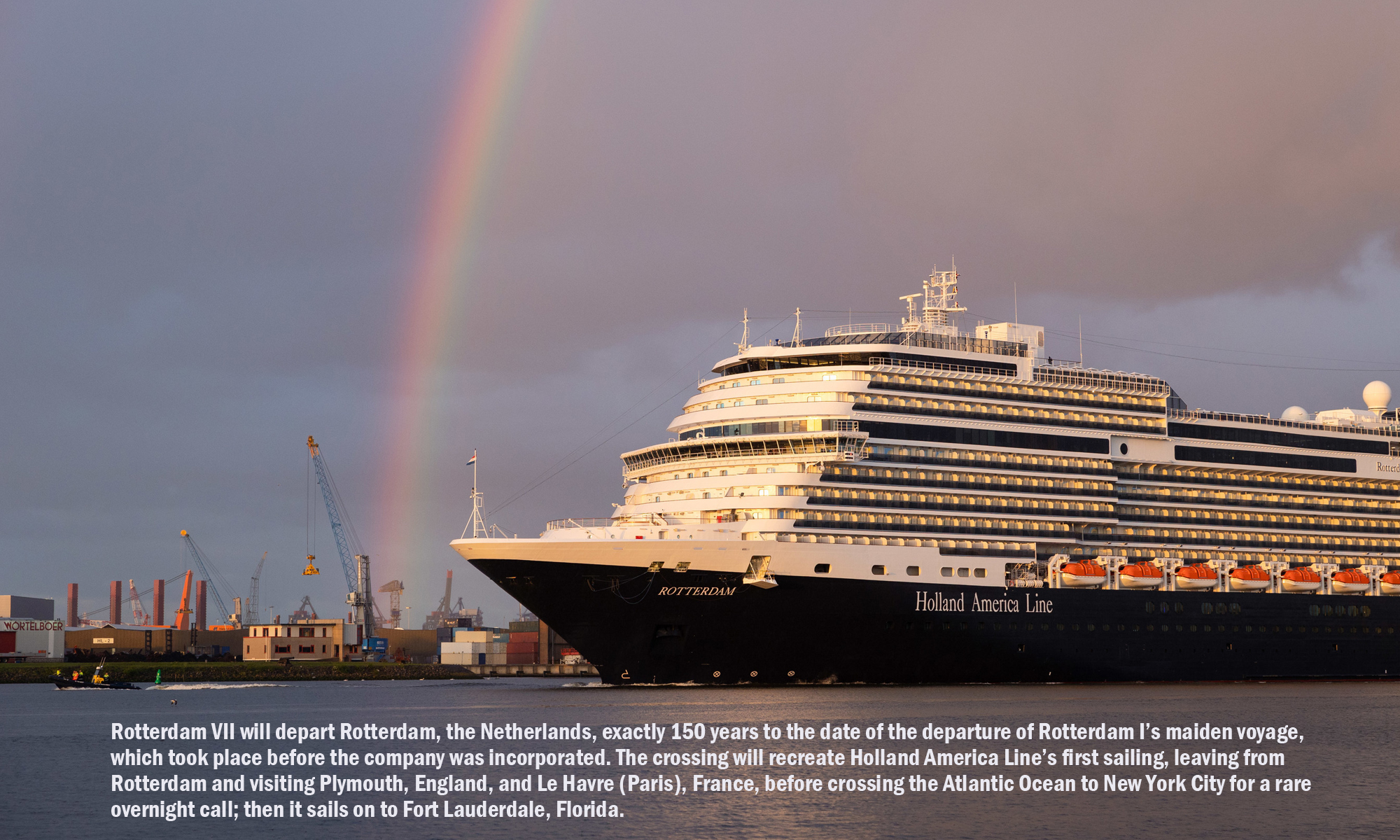 On April 18, 2023, Holland America Line is celebrating its 150th Anniversary — making it one of the longest-operating travel companies in the world. To commemorate the milestone, the cruise line is planning special events and activities, including two commemorative transatlantic crossings. Today, the April 4, 2023, crossing opens for booking, while the Oct. 15, 2022, departure has limited space remaining.

During the October and April 150th Anniversary Transatlantic crossings, Holland America Line is planning memorable experiences that will weave the company’s history into the menus, activities, entertainment, special guest speakers and more.

“A milestone like a 150th Anniversary doesn’t come around often for most companies, and our celebrations will bring to life our century-and-a-half of amazing history,” said Gus Antorcha, Holland America Line’s president. “Holland America Line has touched the lives of millions of people throughout the years — whether by bringing them to a new life in America or providing a once-in-a-lifetime vacation. We have some really special experiences planned over the next several months to honor our heritage.”

During the crossings, guests will be treated to a host of experiences, including commemorative historic menus and cocktails offering a taste of the brand’s history, live music with special performances by guest artists, presentations reliving the history and roots of Holland America Line, and an Olympic-style event with classic cruise sporting activities and games.

Additional celebratory details will be revealed in the near future.